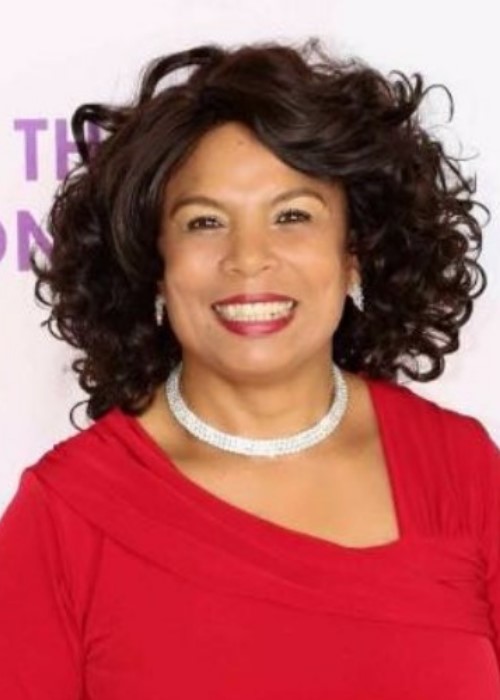 Pastor Chanthal Whites serves as a pastor at her local church – Amazing Grace Ministries in Parow, Cape Town, South Africa, under the leadership of Dr. Gerhard and Karin Kotze and she also has her own ministry in Nieuwouldtville in the Northern Cape. She is completely sold out for God and His Kingdom. She strongly operates under the gifts as an Evangelist and Teacher of the Word.

Pastor Chanthal did her Theology degree and pastoral qualifications at Amazing Grace Bible College and graduated in 2014. Today she is a lecturer at the same institute, equipping men and women for ministry. She believes prayer is a vital part of bringing revival to the Western Cape.

‘Study to show yourself approved a workman unto God’ – 2 Tim. 2:15. “I totally believe in the Word of God” says Chanthal. “I believe God called me to minister the Gospel to my nation and to my generation”.

She has a ministry on LIFE CHRISTIAN BROADCASTING NETWORK:

She hosts her own personal Christian Talk Show called – Step Up with Chanthal Whites, where she ministers to single women every Tuesday evening at 20:00. “We reach women around the world through this programme and trust God for more women coming to Him through the truth of the Gospel”. Step Up started as a single women program, but soon God enlarged the footstep of this ministry that has become a ministry for women single, married, divorced, widowed and granny’s saying I need to step up and reach my destiny in Jesus Name.

Step Up also has an outreach program for women and children, she is very passionate about sowing back into her community and being a blessing to God people. Chanthal believes in the Biblical principal of sowing and reaping, Seeking the Kingdom of God first and His Righteousness and everything you and I desire God will give unto us.

She has a ministry on RADIO DISA 95.9FM:

Every Friday morning between 06:00-09:00, Chanthal and Dr. Gerhard ministers on Disa 95.9fm; Preaching the Word every Monday evening at 19:00, Step Up with Chanthal Whites airs live on Disa Tuesday Mornings at 10:00 with Monica Coetsee. Chanthal is also the station manager of Disa 95.9fm.

She writes exclusively for this prestigious magazine quarterly, for single women and also to share her story of being a single lady in the 21st century.

She is a Motivational Speaker:

Chanthal’s ministry is not only from the pulpit but it reaches women in the countryside, businesswomen, entrepreneurs, housewives, university students and learners in schools.

She ministers in prisons around the Western Cape, and sees the Grace of God in such an unique way in the lives of people who receive Jesus Christ as their Lord and Personal Saviour.

She is a Director in a local film company called Graceforce Producions. She also completed two movies, one playing as a leading actress – ‘Die Belofte’ and one as a supporting actress – ‘Soen die Reen’. Chanthal is every grateful to Dr. Gerhard Kotze her mentor and friend who convinced her ‘acting is not hard just be you’, a man who believed in Chanthal’s acting ability more than she did and brought out of her what was hidden .... the secret to play and have fun in front of cameras and many eyes watching, sharing the emotions as you bring someone on paper alive through your actions. Both movies were done in 2019.