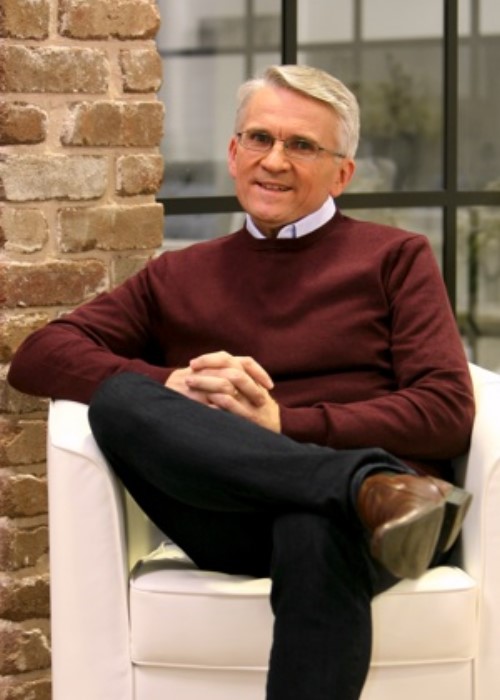 What makes Berni tick? Well, here’s the thing. I came to faith in Jesus later in life – age 36. It was a terribly difficult time. A dark time. And somewhere in that place, Jesus came to find me. Me! I still can’t believe it. Why me? I didn’t deserve it. In fact, I should have been way down at the end of the queue. And then, not long after He came for me, I learned about grace. I’m still trying to wrap my heart around that mind-blowing concept. God’s grace!

I knew not long after I gave my life to Christ, that I couldn’t just sit there. I had to tell people. This isn’t just good news – it’s stunningly fantastic news – that the world needs to hear.

That’s why I became involved in the ministry of Christianityworks. Well … it’s not so much a ministry as a movement. A bunch of friends who believe that by telling people about Jesus, by sharing the good news of Jesus with millions of people around the world – in a way that speaks into the realities of life, in a way that helps people discover how it is that Christianity actually works – we’ll see God changing their lives.

In fact your life and through you, many other lives.

And so every day when I wake up, that’s what makes me tick.

Telling a lost and hurting world about the love and the mercy and the grace of Jesus. Seeing Jesus transform people’s lives. Making new friends who in turn become part of this movement, this crazy bunch of friends, who believe that by telling people about Jesus, we can see lives changed … one by one.

So … What does Berni do?

After graduating from the Royal Military College Duntroon as an officer in the Australian Army, and then running an international IT consulting firm with my two business partners … these days, I’m blessed to be able to share the good news of Jesus through my radio programs as the CEO and Bible teacher of the Australian-based, global media ministry Christianityworks.

Each week literally millions of people listen in to those messages through over 1,000 radio stations in 160 countries around the world.

And each time I wander into the boring, grey little recording studio – normally on a Friday morning – to record that week’s programs, I still can’t believe that God could or even would ever use someone like me.

And there’s something else. I encourage others to join me and become part of this movement we’ve called Christianityworks. Just ordinary, everyday people like me I guess; people who love the Lord and want to make a difference in this world. Because there’s a ripple effect that happens when we each start sharing the love of Jesus with the people around us – whether you live in Birmingham, Boston, Brisbane or Benin … the world starts changing. One life at a time.